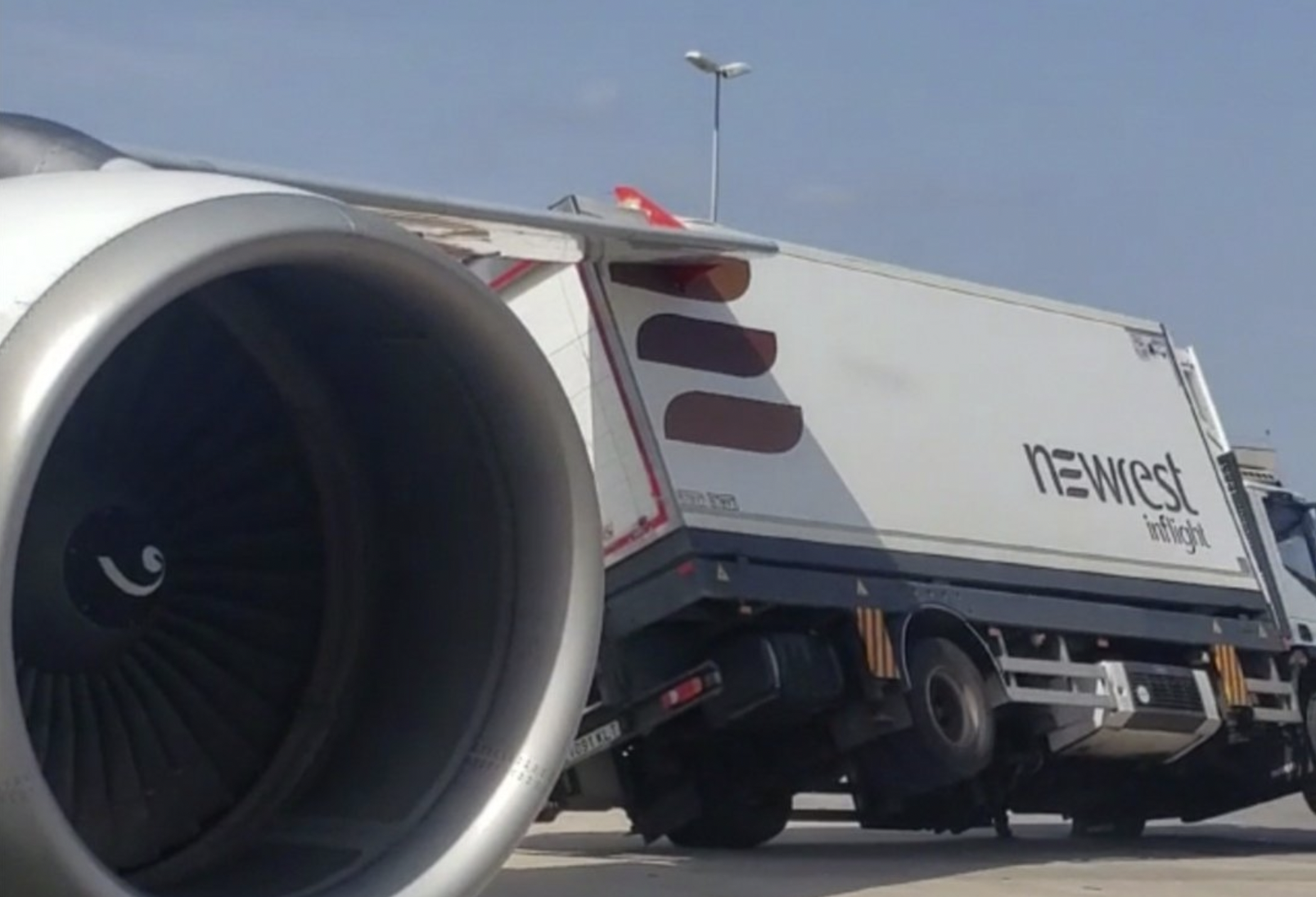 On August 30, 2022, an Air Senegal Airbus A319, registered as 6V-AMB, collided with a catering truck during pushback. The aircraft was preparing to perform a flight from Barcelona to Dakar when its left wingtip hit the truck. There are no reported injuries resulting from the collision.

The aircraft commenced its pushback for a seemingly routine flight at around 11:15 AM local time when ground crew reported hearing a loud bang. Ground crew and airline staff quickly noticed the aircraft had collided with a catering truck. The catering truck that was hit nearly tipped over onto its side from the wing of the A319 pushing the truck backwards for a brief period of time. In another image taken by ground crew after the collision, it appears the ground crew knew of the obstacle given that the pushback tug appeared to be still attached to the aircraft at an angle—perhaps to avoid the truck.

The Airbus A319 involved in the incident, 6V-AMB, is Senegalese-registered and is owned by Air Senegal. The aircraft was initially delivered to Iberia in April of 2007, before being stored in April 2019. Air Senegal took ownership the aircraft in May of that same year. It has been in their possession since then.

The crew of flight HC424 were already under pressure to leave Barcelona on time, as the arriving flight, HC423, came in late from Dakar (DSS). As the A319's wing was clipped, the aircraft needed to be checked, and might require extensive repairs before it can fly again. It is believed that the aircraft is still in maintenance, as one day after the collision, it still hasn't made its return back to Dakar (DSS).

NEWS NEWSBreaking NewsAir SenegalAirbusA319BarcelonaBCN
Our Weekly Digest Straight to Your Inbox Subscribe to receive our weekly aviation newsletter to stay updated on industry news. No spam, no BS. Unsubscribe at any time.