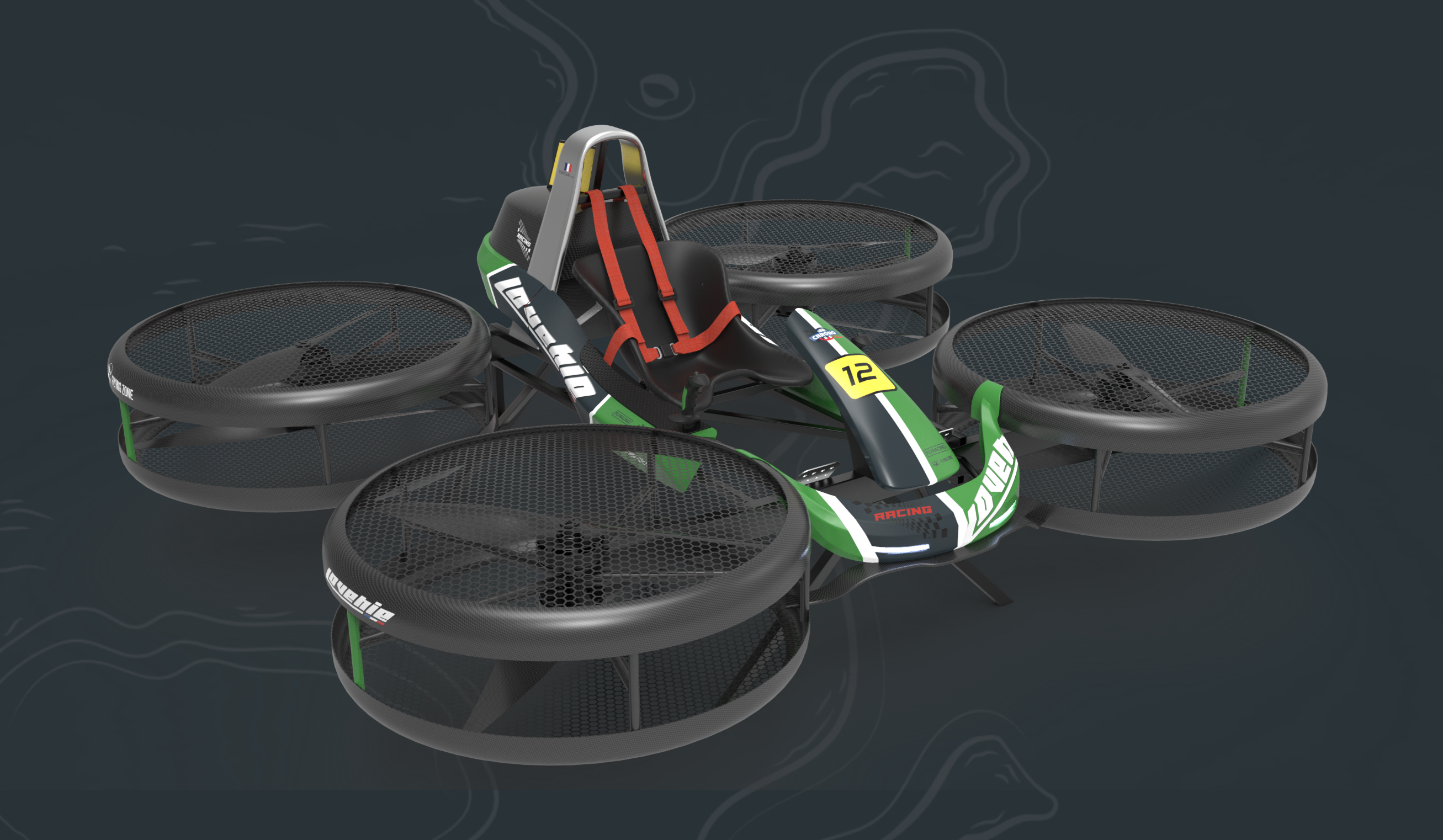 Go-Karting in the Sky? Lovenie Has You Covered

Go-Karting in the Sky? Lovenie Has You Covered

French startup Lovenie is seeking to shake up the leisure flying and go-karting market with a brand new product for single flyers, a type of product Lovenie calls a "Kart".

Lovenie is building VTOL vehicles (Vertical Take-off and Landing) that act just like go-carts. In essence, the kart takes the shell of an F1 vehicle, contains no thermal engine and wheels, and adds an electric motor and propellers. Lovenie notes that this process is oversimplified, but you get the idea. The product is built for speed and fun in an enclosed environment — think K1 speed but in the sky.

This idea has no previous models to build from; Lovenie is the pioneer. Go-karting in the sky would be considered too futuristic to everyone except the people behind Lovenie, and the concept is almost here. Lovenie announced in a June 27 press release that tests on their first karts will commence later this summer, and commercialization will begin in the fall of next year.

Their initial business model calls for rentals: members of the public and aviation enthusiasts can rent a ride on the single-passenger craft for 15-minute intervals, in a leisurely or competitive manner.

The controlled environment is heavily regulated considering the number of risks involved. The karts are built such that they can never flip over, and can fly at a maximum height of 2 meters (6.5 feet) above the ground. Flyers will have radios to communicate with a control staff and have a built-in control system such that a control center has remote access to the steering should something go awry.

Lovenie plans to hold "rallies" with their karts where people race for the fastest time on a Lovenie-designed track. The startup writes on their website that they plan to create tracks in a closed and protected environment, most likely in the forest, plain areas, or even on the sea or a lake. There are also talks of using already-made race tracks and adapting them for racing in the sky. One notable benefit to this model is that infrastructure is mainly built up and the track will not wear down over time since no contact is made with the kart. Lovenie is calling these tracks "leisure centers".

For any fan of mechanical sports, cars, or even racing, Lovenie is a thrill. It is adrenaline-filled, environmentally friendly, novel, and leisurely all at the same time. Future plans call for even more vehicles that may not be restricted to enclosed environments, adding to the fun.

Bruce I'm trying to imagine the sound from a dozen or so of those buzzing around.
77d ago • Reply

Smitty Smithsonite Would sound great I'd wager! Looks like a blast to pilot!